Many of us are quite addicted to video games and spend a lot of time enjoying them. Not for nothing, video games are spectacularly popular no matter your age. Being like this, it doesn’t come as a surprise to learn that there are many stories behind some of the most popular video games and even if you have a great knowledge of a game, you will get surprise when you learn of the fun facts we are going to explain next.

Here you have 15 fun facts that will give you a biggest appreciation of some of the greatest video games hits.

Mario Bros was not originally Mario nor a plumber

Mario, the main character of the biggest series of all time, made his first appearance in the game Donkey Kong. His appearance in Doneky Kong was such a blast that they created him with a whole entity. He was originally known as Jumpman, but the Nintendo’s US office workers were interrupted by their landlord, Mario Segale, and so they christened the character after him. Also, he hasn’t always been a plumber, since he started as a carpenter and even a doctor. Switching professions was a must for this endearing character.

Mario Bros doesn’t hit the bricks with its head

Contrary to what many people think, Mario doesn’t hit the bricks he breaks with his head, but with his fist. You will need to look closely, but if you do, you will see that he jumps with this fist and punches the bricks.

Pacman’s pizza inspiration is only half true

It’s always been told, as you may have also heard, that Toru Iwatani –the creator- was eating a pizza when he got the idea for the game. The myth says he looked down and the pizza with a missing slice and used this image as inspiration for Pacman’s shape. However, Iwatani himself explained that the legend was only half true. He said that in Japanese the character for mouth [kuchi] has a square shape and, even if it’s not circular like the pizza, he decided to round it up.

Pacman has a maximum score you can get

PlayStation was almost a Nintendo console

Sony was originally chosen to design the electronic components of Nintendo, but Nintendo ended up ditching the project. Sony, nonetheless, decided to make a console anyway and that’s the reason the PlayStation 1 came out.

Toshuyuki Takahashi, a Japanese gamer, holds the record o pressing a controller button 16 times in a second. Do you think you can improve his mark? Go prove yourself!

You can fish in Pokémon Red and Pokémon Blue Gyms 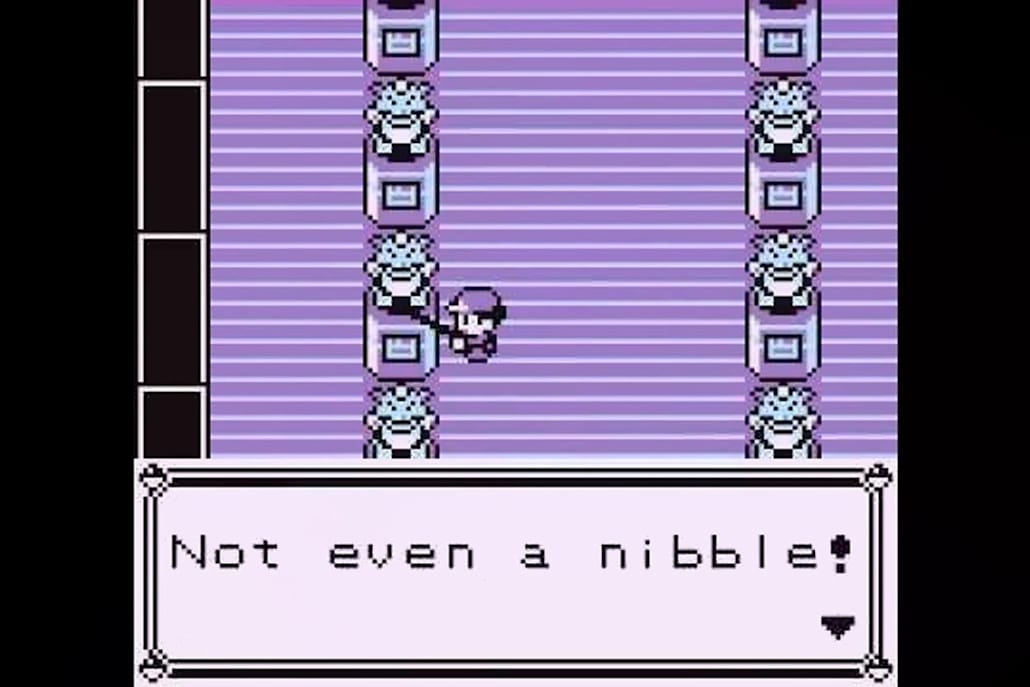 If you still have the original Pokémon Red and Pokémon Blue games, you can turn them on and fish for Pokémon inside the many Rhydon statues of the Gyms. Even if it’s true that you won’t find any particularly rare Pokémon, it’s quite a novelty to caught a Pokémon inside a Gym!

The first console with internal storage was SEGA Saturn

SEGA Saturn was the first console with internal storage ever launched to the market. It was launched in 1994 in anticipation of Sony’s PlayStation and sold 170,000 machines on the very first day. Players could save 5 or even 6 games on the system’s RAM, which meant 32 kilobytes.

Aerith and Sephiroth from siblings to lovers

In Final Fantasy VII Aerith and Sephiroth’s backstory is loosely intertwined, but it wasn’t always like that. The first draft included an emotional bond between them, as if they were siblings. However, their relationship took a romantic turn, becaming lovers because, yes, Sephiroth was Zack.

World of Warcraft helped as a plague predictor

In 2005 a new character was released, a bad guy named Hakkar, who controlled a dungeon and could cast a spell with a contagious disease that affected anyone who challenged him. But the disease started to spread among players and some of them even died. Researchers studied how players helped or inhibited the spread of the disease and those epidemiologists use that data to try to create models in order to stop the spread of today’s diseases.

Even if Resident Evil is one of the most successful video game franchises in history and counts with dozens of sequels, movies, books, toys, etc., the truth is that it also holds one of those awards no one wants to win: the record for worst video game dialogue.

Sonic the Hedgehog was born thanks to Mario Bros

Yuji Naka, creator of Sonic, had the habit of playing non-stop the first stage of Super Mario Bros as fast as possible. By making this, Naka started to think about how it would be if there existed an entire game which focused on completing levels quick and fast. Eventually, this idea turned into Sonic.

The myth of finding Mew in Pokémon Red, Blue and Yellow

One of the biggest legends of all popular games is finding Mew in Pokémon Red, Blue and Yellow. This video games came out when the Internet was not a widespread, so people only had another people as source of information and the word spread quite easily. Being like this, rumors and just lies about catching Mew could spread fast. But the truth is that there is a way to obtain this Pokémon without cheating or hacking the game. If you take advantage of a glitch in how the games store their Trainer and Pokémon information, players can trigger a legitimate fight with Mew who, like any other Pokémon, can be weakened and caught.

The original Street Fight was unplayable

This first game in the series was almost unplayable. Trying to perform any of the character’s unique special moves was impossible and even moving around the screen was difficult, making the game not fun to play.