Home Updates What are the parts of a computer 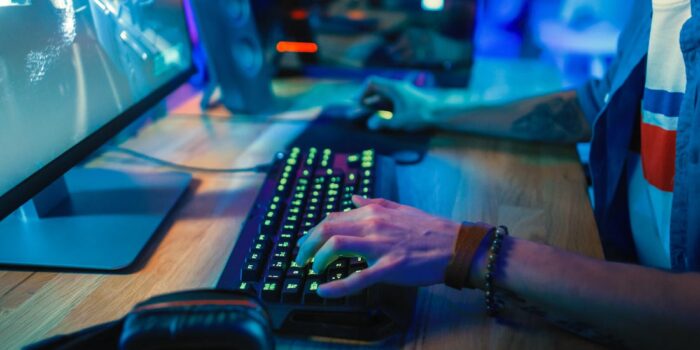 Even if computers may look to you very different, the components installed are quite standard, being the major difference among most machines the brand of the hardware they have installed. This way, even if the brand changes, the main hardware components –video card, processor, memory, motherboard and hard drive- are always the same for all computer systems.

5 parts of a computer

It doesn’t matter if we are speaking about a home PC or a gaming system, the five main components that build a computer are the next ones that we will explain next.

To better understand this part of the computer you need to know that all components of a PC communicate through the circuit board, which is called motherboard. It’s the bigger board in a computer chassis and serves to allocate power and to allow communication to and between the CPU, RAM and the other hardware components, providing connectivity to all of them.

The motherboard is located inside the computer case and is the place where most of the parts and computer peripherals connect.

The CPU is considered the brain of a computer because it has a direct plug connection to the motherboard, but also because it has communication with all the other components. Its function consists in translating the lines of code you write (being C++, Java, Python or any other programming language) into assembly language, the one the processor can understand. This way, the CPU fetches the code, decodes and executes all the instructions –calculations, actions, running programs, etc-.

CPUs are present in all sorts of devices from laptops and computers to smartphones, tablets and even your smartTV. They are usually located onto the motherboard.

The GPU is one of the most important parts of a computer for gamers, who obsess over graphic cards. The reason is that the GPU makes possible for computers to generate high-end visuals, which is really important in many video games.

But the GPU is not only important to video games, optimal graphics are also important for many professions like designers or 3D modelers who use resource intensive software. It is also important to understand that GPUs are often communicated directly with the display monitor, so a very much potent graphic card won’t be of use if you don’t also have a good monitor connected to it.

The RAM stores data about the accessed programs and processes of the computer. It is also called volatile memory because this data gets erased every single time the computer restarts itself. This way, this component helps programs (or games) to start up and close quickly.

It stores information that your computer is actively using for a short-term, so this data can be accessed easily and fast. It is obvious to understand that the more programs your system is running, the more memory you will end up needing.

As you can deduce, this part is where the computer stores its data. The computers today can use a Hard Disk Drive (HDD) or a Solid State Drive (SSD). The first ones are cheaper, but it looks like they are getting more and more obsolete every year. They are made with and actual disk where the data is stored and that is read by a mechanical arm.

SSDs, on the other hand, have no moving parts and are way faster than HDDs since there is no need to wait for a mechanical arm to find data on the disk.

Basic parts of a computer

Of course, if we have to talk about the parts of a computer, we cannot forget the most basic ones, which are the case, monitor, keyboard and mouse. We will explain them all next. Do keep up!

It’s nothing more than the plastic and metal box that contains the main components explained before. The front usually has the On/Off button. The case can come in many sizes and shapes like desktop cases or tower cases, but there is one kind of computers that come with all the main components built into the monitor, so there is no need to have a separate case.

The monitor displays both images and texts on the screen. The newest options have LCD (liquid crystal display) or LED (light-emitting diode) displays which makes them very thin and flat.

There exist many types of keyboards, the main way to communicate with a computer, but almost all of them accomplish the same basic tasks. There are some keyboards specialized on video games so that the gaming experience gets better.

This is another of the main ways to communicate with computers since it lets you point objects on the screen, but also click on them and move them.

There exist two mouse types: mechanical and optical. The first one has a rolling ball to detect movement and the optical one uses an electronic eye instead.

Also, there are some alternatives to the mouse, like the touchpad or trackpad, a touch-sensitive pad that allows you to control the pointer with your finger. This alternative is very common on laptops.

Razer OSVR to have its debut this June